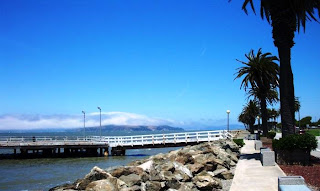 
This year is flying by.  My goodness, I did not realize I had not posted for so long.  It certainly is not because we are not doing anything because we are for sure!  Father did not send us on a trip until May 13.  We were so excited to be planning our travel and watching His timing and plans come together.  He sent us to Springfield, Missouri, Kansas City, Missouri and Northern Colorado.  Of course as usual He had LOTS of appointments for us but mainly He sent us to spend time with a few of our spiritual children and grandchildren.  Over this year we have added several to our spiritual family.  It is always exciting to know that our quiver will never be full until the Lord says it is full!  We are always open.

Our time in the Springfield area was short but very special.  We spent an hour or so visiting with our precious adopted daughter and held her as we spoke blessings over her.  She has a lot to do on a daily basis being a single mom with a very demanding job.  Since we saw her, she has written asking for prayer concerning some issues in her life.  It is our joy to be available to pray for her and know that the Lord is meeting her needs.  In the Springfield area is where we met the first of 3 Lindsay’s who served us in restaurants.  We traveled to Kansas City and spent a couple of days with another spiritually adopted family.  The couple married last year and had celebrated their one year anniversary before we arrived.  This blended family of 3 (she has a daughter 8 years old) are doing so well.  The Lord has blessed them this past year and they have drawn closer to Him as the transition has been made to being a family.  Here is where we met the 2nd of our servers named Lindsay.  By now we are wondering, Lord what are you up to?  I carry my scripture cards with me so I have been able to share these cards with each server we have met and also with our motel housekeepers.  Several friends came to visit with us while we were in KC and we spent an evening encouraging and praying over them all.  Such a special time!

Then we went through Nebraska to Northern Colorado to spend time with another
adopted family.  This year has not been an easy one for them but their focus is on the Lord and they continue to seek to walk in His ways and make wise decisions.  In Colorado is where we met our 3rd Lindsay.  We decided to have barbecue for lunch before we went up in the mountains so our server at the restaurant was named Lindsay.  We told her about the 3 Lindsay’s and she said, they must be special for you to have 3 of them.  We agreed with her.  We knew Father had a plan.  I gave a scripture card to each one and we shared about Jesus.

After leaving the restaurant we stopped for gas. Something happened that could have stopped our trip all together and it could have been life threatening.  Charley was pumping gas and he tripped over the gas hose and fell on his face full force.  He was bleeding profusely and with help from another person at the next pump we were able to stop the bleeding enough for him to drive to a close grocery store where he could look at himself in the mirror and see the damage.  We were praying Lord what do we do.  The laceration on his nose looked like it needed stitches but he did not really want them so we got a bandage for his nose and headed into the mountains.  Our adopted daughter was able to clean and dress the wound and then the children with others in the house prayed over him.  We were so thankful to be with this precious family and to count our blessings that the hose did not come out of the car and pour gas all over him.  Also we praised the Lord that in falling Charley did not break any bones.  The injuries were superficial: a laceration on his nose, scrape and bruise on his upper lip and his two front teeth broken.  He had a few abrasions on his knee and was a bit shaken but otherwise he was fine.  We watched his face heal supernaturally that week.  He rested quite a bit but many times he had 3 little children in his lap reading stories to them.  What a blessing to watch the joy on their faces!  The Lord had special plans for us there and the enemy tried to stop us but he lost, AGAIN!!  Praise God!!! The scripture that comes to mind is Psalm 91:11 which says “For He shall give His angels charge over you, to keep you in all your ways.”  Our desire is to walk out Proverbs 3:5-6 daily. It is our life verse and because we choose to seek the Lord with all our heart, He takes care of us.

We arrived home on May 25 from our trip rejoicing at all the Lord did in those 2 weeks.  He had a plan and a purpose for each visit and for each appointment we had.  Other opportunities included sharing with a motel desk clerk about what the Word of God says concerning marriage and God’s love, sharing scripture cards in motels with notes of thankfulness to the housekeepers for preparing our wonderful rooms, leaving a bag of items in Nebraska and having the bag returned to Colorado before we headed for home and many encouraging words spoken to people in stores, restaurants and motels.  We strive to be ready with a word of blessing or encouragement from the Lord every moment of every day.  It is a lifestyle.  Hold on to your hats folks!  This is the way we plan to live our life from now to eternity.  Stay with us for the next article and know that it will honor and glorify our Lord Jesus.

Charles and Karen
Posted by Charles & Karen Tackett at 9:21 AM

Charles & Karen Tackett
Charles and Karen Tackett have a ministry to pastors called Christ's Kingdom Ministries. God has called them to love and encourage pastors across denominational lines. They travel extensively throughout the United States spending one on one time with pastors and their families. It is their desire that these servants of the Lord be encouraged and blessed by the love of Jesus that they share.